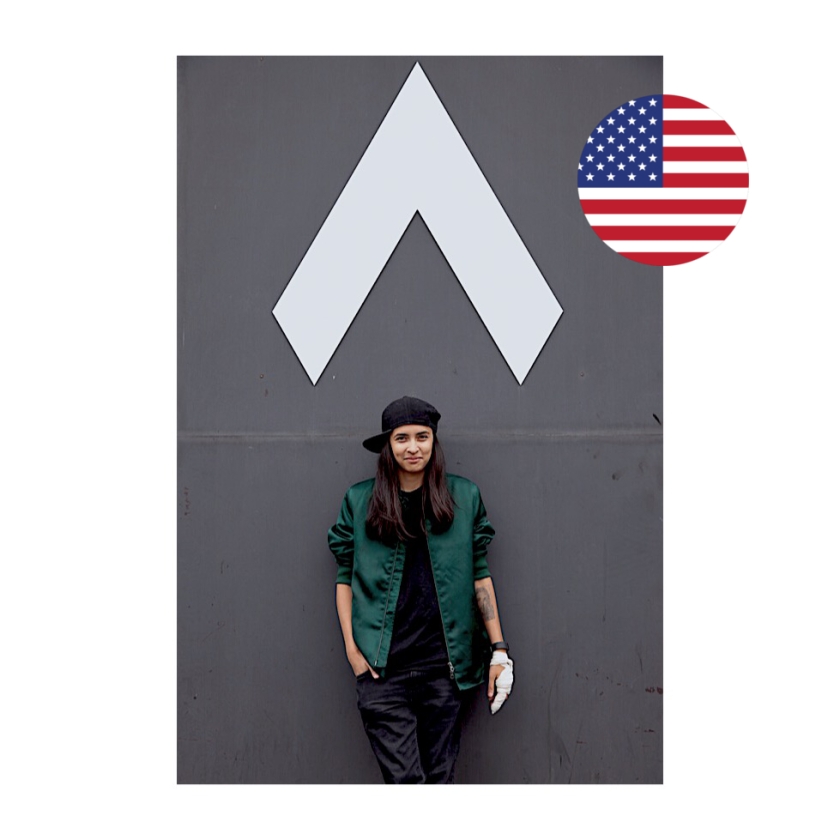 SmartRecruiters, the Hiring Success Company, takes the industry leading Hiring Success conference global with the first annual European installment, September 19-20th in Berlin, Germany. Bringing together 250 executives, talent acquisition leaders, analysts, investors, and the hottest recruiting startups, these are two curated days of matchless networking, centered around thought-provoking seminars, product demos, and interactive sessions to define the future of an industry. I am very happy to be part of this wonderful event, and even more happier that Peter Braun from the Hiring Success Journal wrote an English portrait about me.

The bar’s been raised higher than normal in here. Long-legged stools spindle the space between floor and bevelled plank, where Diana Kinnert rests her elbow, leaning forward to sip her lemonade.

In baggy, pineapple-patterned shorts and a floppy Pied-Piper hat, she doesn’t much stand out in this part of Berlin, a cobbled constellation of overnight oats, avocado toast, and working-holiday baristas who forbid sugar in the five-euro cold brew. Clock her on the street anywhere near this cafe, Diana’s just another urban child of the Millennial Left, looking like she’s off to her shift in a vintage clothing shop tonight, not flying to London to speak at a youth conference the next morning.

Those people, down the end of the bar there, they’d never imagine this spritely 27-year-old has worked the nerve-center of the German government, or that she holds the ear of long-serving chancellor Angela Merkel. But being underestimated has always worked in Diana’s favor. Even ten years ago, completing her bachelor’s degree in political science, no one saw her coming.

“I’d be writing all these essays and papers, but my teacher was the only one reading them,” she remembers. “I knew if I wanted an actual audience for my ideas, I had to be strategic, work from within the system. I had to join one of the mainstream political parties.”

So in 2008, the 17-year-old from the mid-sized western city of Wuppertal became a card-carrying member of the Christian Democratic Union (CDU). Traditionally right-of-center, the party currently leading Germany’s minority government, appears, at least post-Trump, more Left, with Merkel siding with Team Trudeau and marching on with Macron. And these conflicts of CDU macro-optics are palimpsest to those inherent in Diana Kinnert.

The more you learn about her politics, her city, and herself, the more a state of contradiction seems natural, normal, even necessary. Growing up with a Polish father and Filipina mother in small-town Germany, a dualist outlook came naturally. She champions feminism, euthanasia and refugee rights. She also appears at numerous Conservative events – by far the youngest person of any party prominence – wearing a side-spun baseball cap and clothing casual if not a little unkempt, and flashing a Jesus tattoo. Yet she says she’s “never felt like I don’t belong in this party.”

In 2015, this ambitious, mixed-race Merkel Youth became the youngest-ever Bundestag chief of staff, reporting to Vice President of Parliament Peter Hintze until his death in 2016. When not fully occupied by office duties, she’d observe school tours of the Reichstag, and realized there was much to be done to engage young people – future voters – in ways that were relevant to them. Diana had a knack for bridging gaps both generational and ideological. Sometimes they overlapped, sometimes they crashed together. She’d sit in on meetings with senior party officials, all several decades her seniors, “who’d tell me they ‘wouldn’t know how to approach a gay issue, let alone a gay person, and I had to tell them, ‘Well, you’ve been sitting next to one this whole time’.”

How many progressive cred-boxes can one twenty-something check? Immigrant background/ biracial/female/feminist, and homosexual? She’s a Lefty’s dream, repping just about every group on 2018s Most Marginalized list. Those preoccupied with identity politics, political correctness, “staying in your own lane” and such, have no idea what to make of Diana Kinnert the Conservative CDU activist.

A contradiction in point: how could a gay person have so long ago devoted themselves to a government that didn’t legalize same-sex marriage until last year?

“I know,” she says, rolling her eyes, “even hyper-Catholic countries like Mexico and Ireland solved this problem years ago.”

Her justification is, that operating from within a party, even one so long opposed to gay marriage, was the only way to affect real change. She was biding her time. Hard to tell whether this is ethical truth or easily justified hindsight.

“I’m not in those rooms of power because I’m smarter than anyone,” says Diana. “I’m there because I can reframe the message from that room to people outside, people like me.”

As such, Kinnert sees herself as a conduit, and is conscious that being vaunted for her racial background and gender identity could be taken as tokenism, a test-run on future votebanks. And having had Diana positioned out front for the CDU does fit with Merkel’s propensities to sway with the winds of whatever’s blowing at the time.

“It’s not me in particular, it’s a matter of under-representation,” she says. And Berlin seems like the right city to be wrestling with this right now. For all the talk of her city being the Coolest City on Earth, when compared with London, Toronto, or New York, of issues related to gender, diversity or multiculturalism, Berlin has a decade or more to make up for (probably a big part of why Diana has been, within her party and without, forefronted to this degree).

“I think everybody has a story, but because my categories are, like, the urban person, the digital person, the young person, the lesbian person, my storytelling is even more important.”

Not just storytelling that would make a good election campaign, she means actual books – as much as the two can be detangled when it comes to her. Most political memoirs are written by retired leaders after decades of service, but the social vacuum filled by Diana Kinnert is such that she’s already published a book, For the Future I See Black – black being the CDU party color – already in its second printing, with a follow-up commissioned and in the works.

“The second book is about technology and values, the grey areas between different narratives of young people,” she says, but beyond the buzzwords and the hashtag outrage, Diana can talk reasons and consequence behind some essential, however unsexy, political realities. No surprise to hear, even her national labor theory is non-partisan.

“Germany is strong thanks to its workers’ unions,” she says. “For centuries, everything’s been about stability. We’re risk-averse and change happens slowly. We are, in essence, a conservative country, and now our companies have to transform, thanks to globalization, digitization, etc. We’ve been winning the championship on exports. Our products are really good, but we’re not there yet with the sharing economy, and compared to markets like Hamburg, or Munich, everything in the countryside is 500 times slower.”

But she still finds links between rural supply chains and urban ideology. “All these organic fruits and vegetables that progressive urban hipsters love? They all come from farms that are owned, more often than not, by very conservative people.” Urban, rural; liberal, conservative. “You can’t separate the two.”

Diana understands it’s difficult for some to square her circle, don’t get her wrong; to confound is to bring discomfort. Given the number of “progressive” social mores we now take for granted – especially in anything-goes Berlin – it still takes time for even the least squeaky bureaucracies to catch up. In this sense, Diana Kinnert could be considered progressivist, a Trojan Horse wheeled into Fortress Europe.

“The right-wing populists, in their simple narratives, will tell you who’s guilty for this that or the other and why that’s making things difficult for you – ” she’s animated, but contained, as she sucks more air than lemonade through her straw, seeing on her lockscreen it’s time to head to the airport “ – only when we have a diverse representation in all political parties can we make politics good for everyone.”

If that’s her opening line for our conference, it’s as good as any.